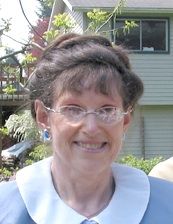 Born in Yakima, Washington, and raised in fruit orchard country, Pauline grew up with a vivid appreciation for agriculture and the land in a time when life was hardscrabble and community was key. Her formative years during the Depression and World War II found her family with little money, but a wealth of enthusiasm, ingenuity, love and perseverance.

Ever curious and creative, Pauline was the perpetual instigator of games for her younger brothers Bryon, James, David and John to play.  They were all born 15 months apart, which meant her older sister Joanna had little time for play, as she was busy helping their mother Mabel out with the boys.  Their father George worked in horticulture and helped develop many varieties of apples we enjoy today.

Pauline showed an early talent for the piano and practiced prodigiously, so it is not surprising that she went on to teach piano for over 45 years.  But first her family moved from Yakima to Seattle in 1950 to help start King's Garden, a Christian organization north of Seattle that included schools and other ministries.  Her father designed and maintained the campus landscaping and her mother worked as a secretary in the administration office and in the retirement home.  They lived on the King's campus, which was abundant in grass and trees and delightful for the kids.

After graduating from King's High School in 1955, Pauline went on to earn a B.S. in Nursing through a joint program with the University of Washington and Seattle Pacific College (now University) and worked briefly as a nurse at Harborview Medical Center.  Her only child--daughter, Pam Round, born in 1964--fondly remembers how well her mom took care of every childhood cut, scrape, sprain and illness, as well as the decades of piano students who came to the house for lessons on the 1914 Kimball grand piano.

While at Seattle Pacific College, Pauline frequently noticed a shy, studious boy with curly hair sitting near her in the library whose name was William (Bill) Round.  She heard he lived on a boat on the ship canal and took ladies out sailing on Lake Union, so, regardless of his shyness, she thought he was a "ladies man" and steered clear.  Anyone who knew Bill, knew that was not the case, and eventually Pauline figured that out.  In 1963, after a few years of courtship by correspondence, they got married.  Bill was a master boat-builder who started his trade as a toddler, working beside his dad in a South Colby boat shop on the shores of Puget Sound.  Bill spent his life building boats of every type--from rowboats to naval ships to fishing vessels to pleasure boats to yachts--while Pauline maintained the home front.

In addition to teaching piano to students of all ages, Pauline also wrote original music and played piano and organ at many churches and special events.  She even started and conducted three church orchestras.  Her devotion to her faith and to service culminated in her last positions at Manitou Park Presbyterian Church from 2000-2015.  Declaring herself "really a Presbyterian at heart" she served as deacon, elder, clerk of session, organist, women's group teacher, and as tutor to local school children through the KidsReach program.  She remained a Manitou member after her 2015 fall and move to a care home, and was faithfully visited by her pastor, Ken Sikes, until her passing.

Pauline was an avid bird watcher, flower lover and gardener.  She took great pride in her yard, which boasted seven varieties of apple trees, as well as cherries, pears, plums, apples, blueberries, strawberries, raspberries, blackcaps, a 100-foot black walnut tree, and a vegetable garden.  Of course Pauline wasn't satisfied with just growing the food, she also preserved every possible item via canning, dehydrating, freezing and sharing.  The local gleaners association made frequent trips to her house and neighbors were also encouraged to partake.

Somewhere amidst all that work she also found time to write and publish poetry and research and compile scrapbooks and journals on most every possible topic--albeit with a special focus on geology, geography, astronomy, cosmology, chemistry, botany, architecture, sociology and Biblical studies.  She also made clever craft items out of ordinary household objects.  Her creativity was endless.

Pauline is survived by her only child, Pamela Round, her older sister, Joanna Woolsey Shackley, and her younger brothers, Byron Woolsey, James Woolsey, and David Woolsey, and their spouses and families.

Pauline Woolsey Round was an original, and a force of nature and service.  She is greatly missed.

MEMORIAL GIFTS
In lieu of flowers, Pauline would be delighted if you donated to one of her favorite charitable organizations in her memory, such as: 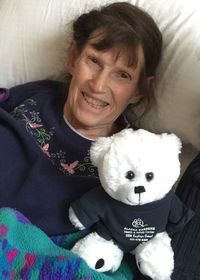 We are sorry for your loss Pam. Pauline was a wonderful lady. She had many gift to offer to others. When we drove by their home I seen children toys in the backyard. It made me happy. We will pray for you as you deal with your loss. Love you.